It was a beautiful October day for the Old Loughtonian’s tour of the Production Workshop of the Royal Opera House at the recently created High Production Park in Purfleet: a new enterprise area built within the grounds of a fifteenth century farm, complete with some original buildings surviving the passage of time, including a dovecote made to house hundreds of doves.

onsists of two buildings: one for the main heavy duty scenery, backdrops and constructions and one for costume creation.

In the main Production Workshop, we were

shown the huge backdrops and constructions needed for the operatic performances at the Covent Garden theatre. We witnessed the sheer enormous scale of the backdrop paintings, wooden constructions and the metal fabrications, sometimes being 100 feet high and able to support dozens of performers at the same time (see photos below). We saw many long-term employees and many apprentices, who learn their craft on the productions lines. Some production techniques created by the Production Workshop over the years have been adopted throughout the World.

The second building of the Production Workshop is the Bob and Tamar Manoukian Costume Centre. We saw dozens of the 20,000 various costumes produced here for previous performances over the many years. The superb quality of the hand-made costumes and shoes was certainly a testament to the honed skills and dedication of the workforce.

On this site, and next door to the Production Workshop, is the National College for Creative and Cultural Industries, which specialises in the delivery of Creative Apprenticeships and provides specialist training in the technical skills needed in these industries.

We were told that on many occasions, students from the College next door were able to advance their training by practical work experience in the Production Workshop.

era House at Covent Garden on Friday 20th October, a visit we are all very much looking forward to. 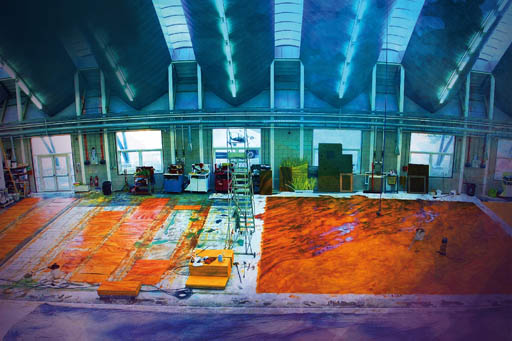 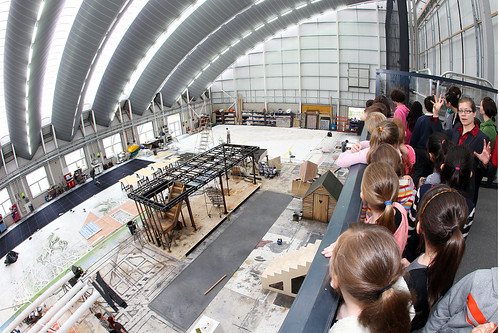 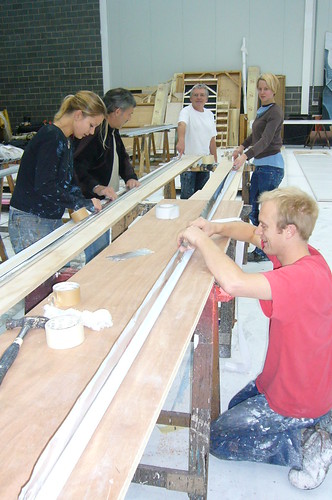 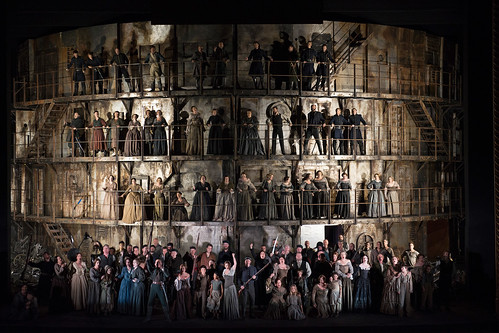 On Friday 20th October the OLs visited this amazing building. We were shown round the various departments within the Opera House: viewing the costume department where the performers are fitted for their outfits, and even had the privilege of viewing a complete company of dancers performing their routines, with some famous names amongst them.

The outside view of the building is beautiful as shown in the photo: as also is the adjoining building, the original Covent Garden fruit market, now purchased by the opera house for conversion into an annexe to the main building: as in photo bottom right.

We were not allowed into the main auditorium, shown bottom left, as there were rehearsals in progress, but through a live video feed we were able to see that the stage can be, and was, split into a left and right half. In each of these half-a-stages there was a separate rehearsal in progress, simultaneously performing quite different parts of the production. We were told that this doubling up of the stage can be quite useful for depicting the story be performed live.

The Royal Opera was formed as the Covent Garden Opera Company in 1946, but behind it lies a tradition of operatic performance which goes back for more than 260 years at its home in Covent Garden. The present theatre was built in 1858. During World War II it was used as a dance hall but after the war the idea of public subsidy of the arts was accepted and the decision was made to establish the Royal Opera House as the permanent year-round home of the opera and ballet companies now known as The Royal Opera and the Royal Ballet. It was the ballet company which reopened the building on 20 February 1946 with The Sleeping Beauty. On 14 January 1947, Covent Garden Opera Company gave its first complete opera performance, Bizet’s Carmen.